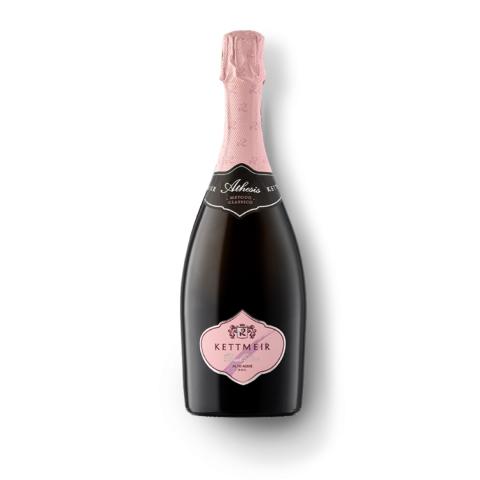 A blend of Pinot noir and Chardonnay. The Pinot Noir grapes are vinified as a rosè wine, with short maceration on the skins and subsequent soft pressing. The Chardonnay grapes, which come from vineyards most suited to the production of sparkling wines, are also soft pressed. The two varieties are fermented separately at a controlled temperature of around 15-16°C. In the year after harvest, once the cuvée has been formed and liqueur de tirage has been added, secondary bottle fermentation takes place at a cellar temperature of 11-12°C. The wine then rests on its lees for an average of 2 months before being disgorged and released for sale.